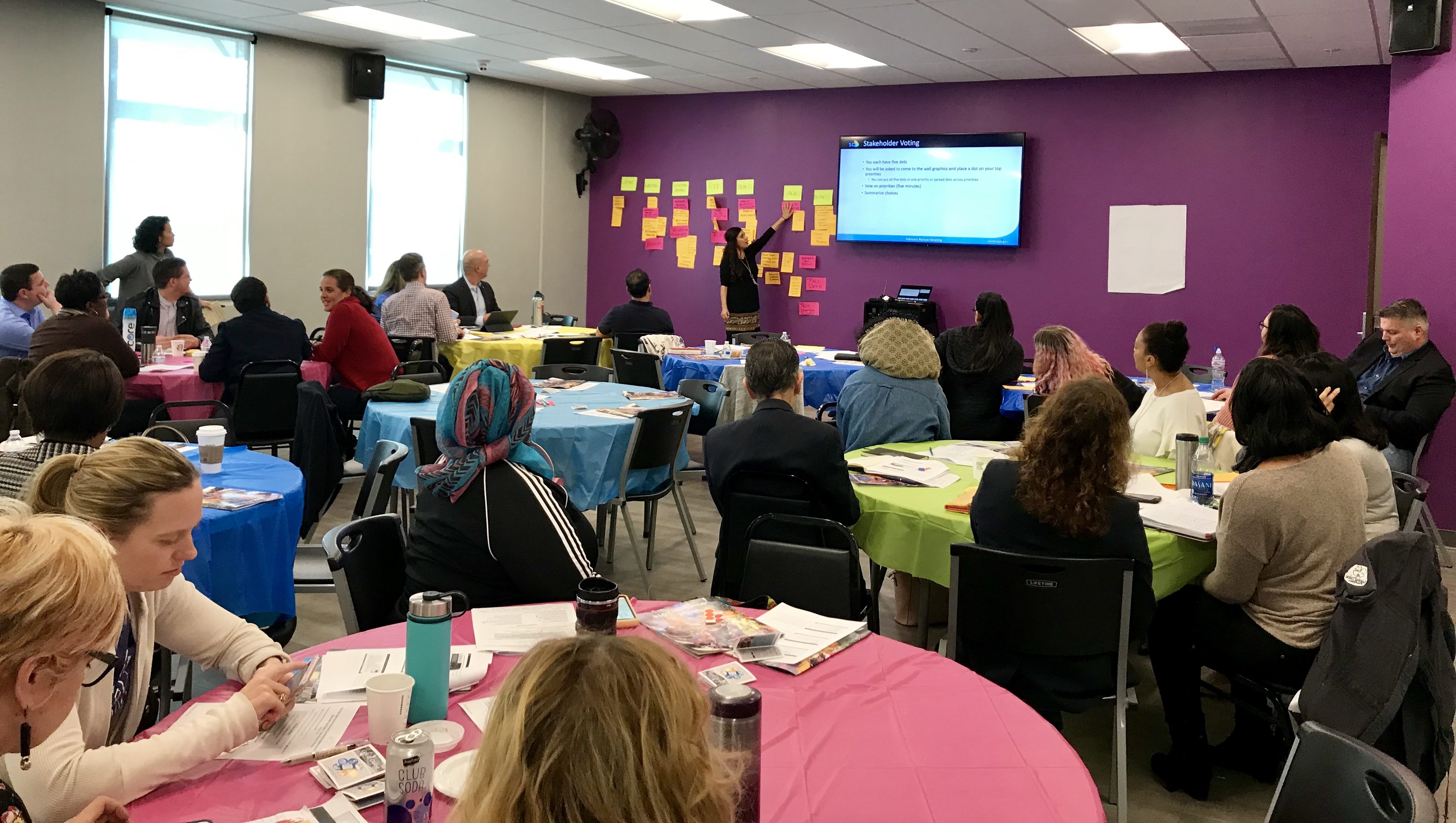 The City of San Diego is implementing a new smart city strategy that could bring smart city technologies to underserved areas of the city. Through its Inclusive Connected Communities Roadmap project, the City is partnering with regional business association Cleantech San Diego, engineering firm Black & Veatch and its software subsidiary, Atonix Digital, and community research firm Harder+Company to address how technology-based solutions can help address the top economic and social challenges of residents in low- to moderate-income areas of San Diego.

Using this approach, the City’s goal is for smart city planning to first identify how technology can meet the needs of communities of concern – empowering communities that previously had limited access to such benefits and limited input in the decision-making process. Those technologies can then be scaled out to other areas of San Diego as part of a larger smart city plan ensuring equity across communities of all income levels. The Inclusive Connected Communities Roadmap is starting in the San Diego Promise Zone, an area that comprises three of the City’s most economically disadvantaged neighborhoods.

“As is too often the case with many new technology programs, smart city work has typically been conducted in higher-income areas of San Diego for ease of access to resources and users,” said Erik Caldwell, Deputy Chief Operating Officer for Smart and Sustainable Communities, City of San Diego. “Through our Inclusive Connected Communities Roadmap project, we will change this pattern and start with low- to moderate-income communities for future smart city project development.”

The project team is holding a series of smart city goal-setting meetings with community leaders in the Promise Zone, the first of which was held on February 22 at the Jackie Robinson Family YMCA in Southeast San Diego. At the meeting, 60 Promise Zone community leaders worked in groups to discuss, identify, and vote on the key issues they would like smart city technologies to support in their communities. Vocational training, housing, technology, transit, and food were identified as top priorities for the City to address in its smart city plans.

“We embrace the focus on low- to moderate-income communities and the use of technology to provide benefits to the community. The methodology includes extensive communication with community representatives and reviewing current and target state assessments and city policies,” said Steph Stoppenhagen, Director of Business Development for Connected Communities at Black & Veatch. “Our top priority is establishing a data-driven framework to prioritize deployment of real technology projects to create positive community outcomes.”

“The City of San Diego is rapidly emerging as one of the smartest cities in North America due to a number of progressive initiatives that benefit both the economy and the environment,” said Cleantech San Diego President and CEO Jason Anderson. “Implementing technology deployment decisions where there is the greatest need is a critical shift in how cities should build a truly connected community, and we are proud to be part of that change in perspective here in San Diego.”