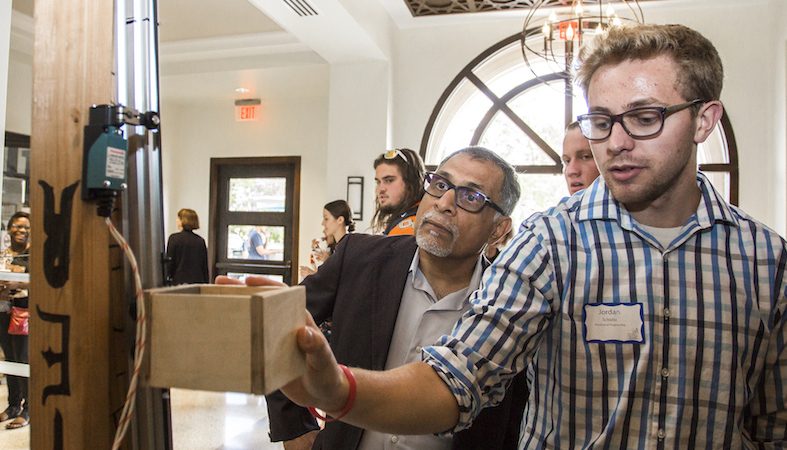 The University of San Diego, in partnership with Cleantech San Diego and California State University, San Marcos, has been awarded a three-year federally matched $1.5 million i6 Regional Innovation Strategies grant from the U.S. Economic Development Administration (under the Department of Commerce) to scale up the capacity of the Southern California Regional Energy Innovation Network (SCEIN) program and support clean energy startups located in Riverside and San Bernardino counties. The University of California, Riverside, is supporting the program with in-kind matching, office space and logistical support for the Inland Empire.

SCEIN was formed in 2016 as a result of a five-year, $5 million grant from the California Energy Commission to offer free business, technical and regulatory services to clean energy startups in the areas of San Diego, Imperial, Riverside and San Bernardino.

Managed by Cleantech San Diego and supported by eight regional partners, the program works to accelerate the commercialization of breakthrough electric energy technologies capable of helping California meet the aggressive goals of its climate action plans. To date, among the 30 startup companies accepted by SCEIN, two are headquartered in the Inland Empire.

Over the three-year grant period, the i6 program has a goal of adding more than 50 startups from the Inland Empire, helping them to raise capital, commercialize their offerings and create jobs in the region.

“We are grateful to the EDA for this i6 grant, which allows us to expand SCEIN service offerings and our ability to assist energy entrepreneurs in all four counties, while targeting the Inland Empire for additional outreach and ecosystem-building around cleantech innovation,” said Cleantech President and CEO Jason Anderson.

The i6 grant funds will be used by USD and its partners to hire an Inland Empire program manager who will conduct on-the-ground entrepreneurial outreach and bring together industry and financial stakeholders in support of regional clean energy innovation. The program manager will be co-located at UCR EPIC facilities in Riverside, where they will have the opportunity to collaborate with startup entrepreneurs, mentors and innovators from the region. UCR EPIC also is an i6-funded program focused on jump starting the technology innovation ecosystem in the Inland Empire.

These funds also will pay for student internships and projects that accelerate the development of SCEIN startups, while exposing students to career opportunities in Inland Empire within the energy sector.

“We are excited to lead this effort that will build upon the strengths and challenges of the Inland Empire economy to develop clean energy firms and high-paying jobs,” said USD Shiley-Marcos Professor of Engineering and Entrepreneurship Venkat Shastri, a successful entrepreneur who also has led several large grant awards.

This grant from the EDA and the collaboration withSCEIN will accelerate and complement UCR’s ongoing efforts to build the clean tech sector ecosystem in the region — one of the key areas of research excellence from UCR.

“We are eager and well-prepared to support clean energy innovation in our region, which offers tremendous potential for economic growth,” said UCR Associate Vice Chancellor for Technology Partnerships Rosibel Ochoa.

“The University of San Diego is thrilled to play a leading role in the development of this important ecosystem and in generating high tech jobs for our region’s future,” said USD Shiley-Marcos School of Engineering Dean Chell Roberts.