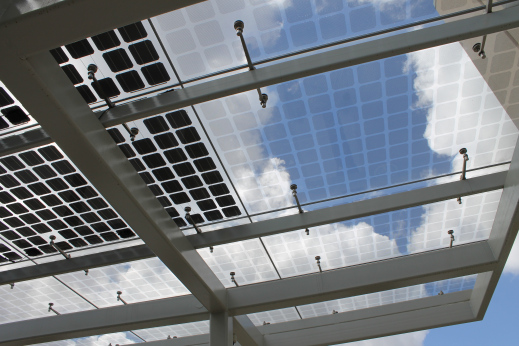 From Microsoft Headquarters to San Diego County: “The City as a System” Discussions Charge On

As a follow-up to recent meetings at Microsoft headquarters in Seattle, Wash., civic and business leaders from across the San Diego region re-convened this week to continue conversations about San Diego’s vision for a “The City as a System.”  Utilizing software and the cloud to collect information about the energy usage of separate entities, this project aims to connect buildings as a single operational system, which will inform energy efficient behaviors, lower individual and collective energy consumption, and establish critical load reduction across the collection of users.

The 30-person meeting included representatives from Microsoft, Qualcomm, OSIsoft, SDG&E, Cleantech San Diego, City of San Diego, County of San Diego, Port of San Diego, San Diego Airport Authority, and San Diego Downtown Partnership, among others. The meeting was preceded by a guided tour of the LEED Platinum County of San Diego Operations Center campus and a presentation about their sophisticated Smart Building Automation System. The pilot system, which integrates cutting-edge technology and innovative thinking among public entities, already projects energy savings of 8-9 percent, or $250,000/year. This presentation by the County about its Smart Building Automation System uncovered strong linkages between San Diego’s smart energy capabilities and the automated energy technologies running on Microsoft’s campus in Wash. Microsoft expressed interest in sharing documentation, common goals, and best practices with the county on this project.

Cleantech San Diego Executive Chairman Jim Waring prefaced the dialogue part of the meeting by stating there is no doubt that the concept of “smart city” is gaining enormous traction nationwide, adding that in the past four weeks Cleantech San Diego has seen more interest from different Fortune 50 and Fortune 100 corporations than in the past couple of years combined. “We know the timing is right and the interest is there,” Waring said.

San Diego County Supervisor Dave Roberts shared the county’s readiness to be a collaborative player in the “The City as a System.” With this project “we are going to put the shine back on the San Diego Brand. Government should lead by example,” he said.

Additionally, the San Diego Airport Authority shared their commitment to being involved as a major player in the project going forward. OSIsoft software has been deployed at the airport since December 2013, which is now streaming 6,000 data points related to the airport’s energy profile. Early results from the system are already showing value and the data are publicly viewable on  Microsoft screens displayed in the airport’s commuter terminal.

Next steps for the group are to refine and articulate the focus of “The City as a System” project and determine how the sustainability goals and commitments of each entity represented in the room can help drive the collective vision forward.

“This is a complicated scenario but it’s absolutely worth it,” said Supervisor Roberts. Cleantech San Diego absolutely agrees.