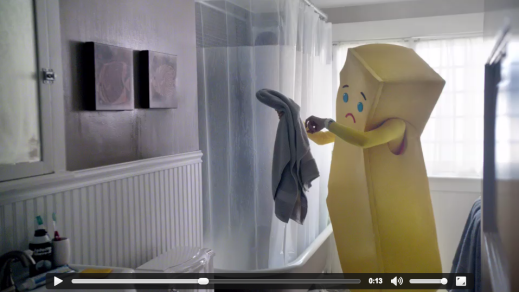 California comes to life in a series of television advertisements by CleanTECH San Diego member the Metropolitan Water District that began airing in July on stations throughout the Southland promoting the need to protect the state and its future by saving water during the historic, ongoing drought.

Scheduled to run over the next 12 weeks, the 30-second television spots personifying California are the latest additions to Metropolitan’s multi-pronged public outreach and advertising campaign created in cooperation with the district’s 26 member public agencies. The comprehensive campaign includes the 30-second television spots, 60-second radio advertisements and traffic report sponsorship, as well as online and mobile ads throughout the district’s six-county service area through Oct. 30.

“Southland consumers and businesses have certainly made significant improvements in using water more efficiently over the past 20 years, for which we thank them. This drought, however, compels all of us to take water conservation to the next level by incorporating permanent changes to ensure we use water—particularly outdoors, where up to 70 percent of water is used,” Kightlinger said.

The two new television spots present California as a golden-colored, full-bodied mascot in the shape of the state. In one spot, she’s dismayed and discouraged as people waste water in and around their homes before easy and practical water-saving practices are embraced, showing love for California. The second ad features a man proclaiming all he’s prepared to do to save water and save his relationship with California.

“This campaign taps into people’s love for California and our lifestyle,” said Renee Fraser, chief executive officer of Fraser Communications, which created the campaign for Metropolitan.

The ad buy is part of $5.5 million authorized by Metropolitan’s Board of Directors in March for a regional communications, outreach, and advertising campaign aimed at promoting greater water awareness and encouraging additional conservation.

In addition, in a parallel education effort, Metropolitan will use the tagline “Water is Serious Business” to deliver more complex messages, using long-form formats to delve into related water reliability issues.

More information on water-saving tips and rebates for conservation devices is available at bewaterwise.com.