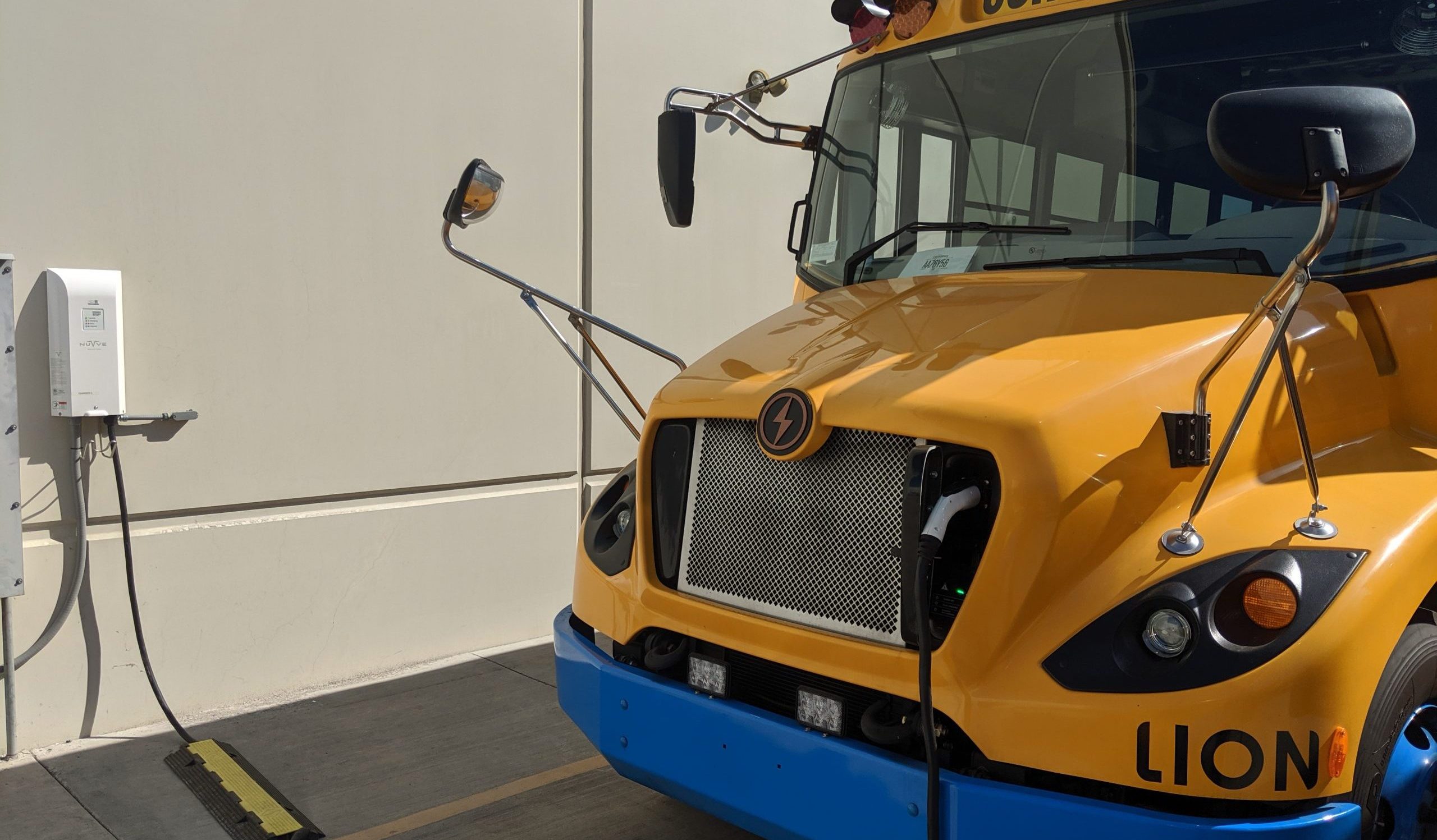 Cleantech San Diego member and Southern California Energy Innovation Network company Nuvve, the global leader in vehicle-to-grid (V2G) technology, and Newborn Acquisition Corp., a publicly traded special purpose acquisition company with approximately $57.5 million of cash in trust, today announced the signing of a definitive merger agreement to take Nuvve public. The companies today also announced the signing of definitive purchase agreements with institutional investors for the investment of approximately $18 million in the combined company through a PIPE and bridge financing. Upon closing of the business combination, the combined company will be named Nuvve Holding Corp. (“Nuvve Holding”) and is expected to remain listed on Nasdaq under the ticker symbol “NVVE”.

Nuvve’s proprietary V2G technology enables it to link multiple electric vehicle (EV) batteries into a virtual power plant (VPP) to provide bi-directional services to the electrical grid in a qualified and secure manner. The VPP can generate revenue by selling excess power to utility companies or utilizing the saved power to reduce building energy peak consumption.

Gregory Poilasne, CEO and Chairman of Nuvve Corporation, stated, “Since our founding in 2010, Nuvve has successfully delivered its patented and proprietary vehicle-to-grid technology and services to fleet customers, grid operators, electric utilities and other stakeholders around the world. We have likewise partnered and integrated with multiple automotive manufacturers and electric utilities worldwide to enable adoption of V2G technology. To date, Nuvve is the only company in the world qualified with several system operators to commercially provide V2G grid flexibility services to electric utilities and system operators from batteries of electric vehicles.”

Nuvve holds a global portfolio of key V2G technology patents covering bi-directional capabilities and grid services with aggregated electric vehicles and has continued to build on its intellectual property portfolio by advancing V2G technology with commercial EV fleet deployments with both light-duty and heavy-duty vehicles.

Nuvve’s most established commercial operation is in Denmark, where it has provided V2G services for more than 4 years with daily bidding on energy markets. Following recent announcements with leading OEMs in the North American electric school bus segment, Nuvve is further developing its offerings by combining its turnkey V2G solutions with finance packages to customers, including equipment financing, V2G services, infrastructure and maintenance operations. Independent industry analysts have projected the global V2G technology market to be worth over $17 billion by 2027.

Poilasne added, “The rapid adoption of EV is driving the need for vehicle-grid integration, which are your more common one-way electric charging stations. While Nuvve is able to manage this one-way vehicle-grid integration, we believe that the integration of bi-directional vehicle-to-grid capabilities will help to stabilize the grid and reduce the overall cost of EV ownership, which will be critical to long-term EV adoption. The Nuvve system has successfully lowered the cost of electric vehicle ownership, while supporting the integration of renewable energy for a scalable and sustainable green society. We look forward to leveraging this business combination to accelerate the commercialization of Nuvve’s technology.”

The combined company will be led by Nuvve’s experienced management team, headed by Co-Founder and CEO Gregory Poilasne. Poilasne will remain on the combined company’s Board of Directors along with current Nuvve COO, Ted Smith.

Newborn is combining with Nuvve at a transaction value of approximately $102 million, subject to closing adjustments. As consideration for the business combination, 10.17 million shares will be issued or reserved for issuance to existing Nuvve stockholders and option holders, based on a value of $10.00 per share.

In connection with the business combination, Newborn has signed definitive agreements for the sale of approximately $14 million in equity to institutional investors in a PIPE. The PIPE investors will acquire Nuvve Holding shares at $10.00 per share. For each share bought, the PIPE investors will receive 1.9 warrants; each whole warrant is exercisable for ½ of a Nuvve Holding share. The warrants are exercisable at $11.50 per whole share and have terms identical to the warrants that were sold as part of Newborn’s IPO. Nuvve also completed a $4 million bridge financing with an institutional investor in connection with the business combination. The investor in the bridge financing received a senior secured convertible debenture that will convert into equity immediately prior to the closing of the business combination.

Upon the closing of the transactions, assuming no redemptions by Newborn shareholders, the resulting pro forma equity value of the combined company will be approximately $202 million. Pro forma net cash available to Nuvve at closing after estimated fees and expenses is expected to be approximately $70 million, made up of approximately $57.5 million in Newborn’s trust account (assuming no redemptions), net proceeds of $18 million PIPE and bridge financing, and cash on Nuvve’s balance sheet. Assuming no debt outstanding, the combined company’s pro forma enterprise value is expected to be approximately $132 million. Proceeds from the transaction will be used for general working capital, growth purposes and retirement of 0.6 million shares from legacy Nuvve shareholders.

Existing Nuvve stockholders have agreed to a one-year lock-up from merger close, subject to a partial release if after the 6 month anniversary of the merger close the VWAP of the Nuvve Holding shares is at or above $12.50 for 20 out of any 30 consecutive trading days. Existing Nuvve stockholders will also be entitled to receive an earnout of 4 million newly issued Nuvve Holding shares if Nuvve’s 2021 revenue exceeds $30 million as reported in its 2021 audited financial statements.

In connection with the business combination, Newborn will reincorporate to Delaware from the Cayman Islands.

The boards of directors of both Newborn and Nuvve have unanimously approved the proposed business combination. The closing is subject to the approval of the stockholders of both Newborn and Nuvve and is subject to other customary closing conditions, including the receipt of certain regulatory approvals. It is currently anticipated that the business combination will close in the first quarter of 2021.

Additional information about the proposed business combination, including a copy of the merger agreement and investor presentation, will be provided in a Current Report on Form 8-K to be filed by Newborn today, November 12th, 2020, with the Securities and Exchange Commission and available at www.sec.gov. The investor presentation can also be found on Nuvve’s investor website at https://nuvve.com/investors/.