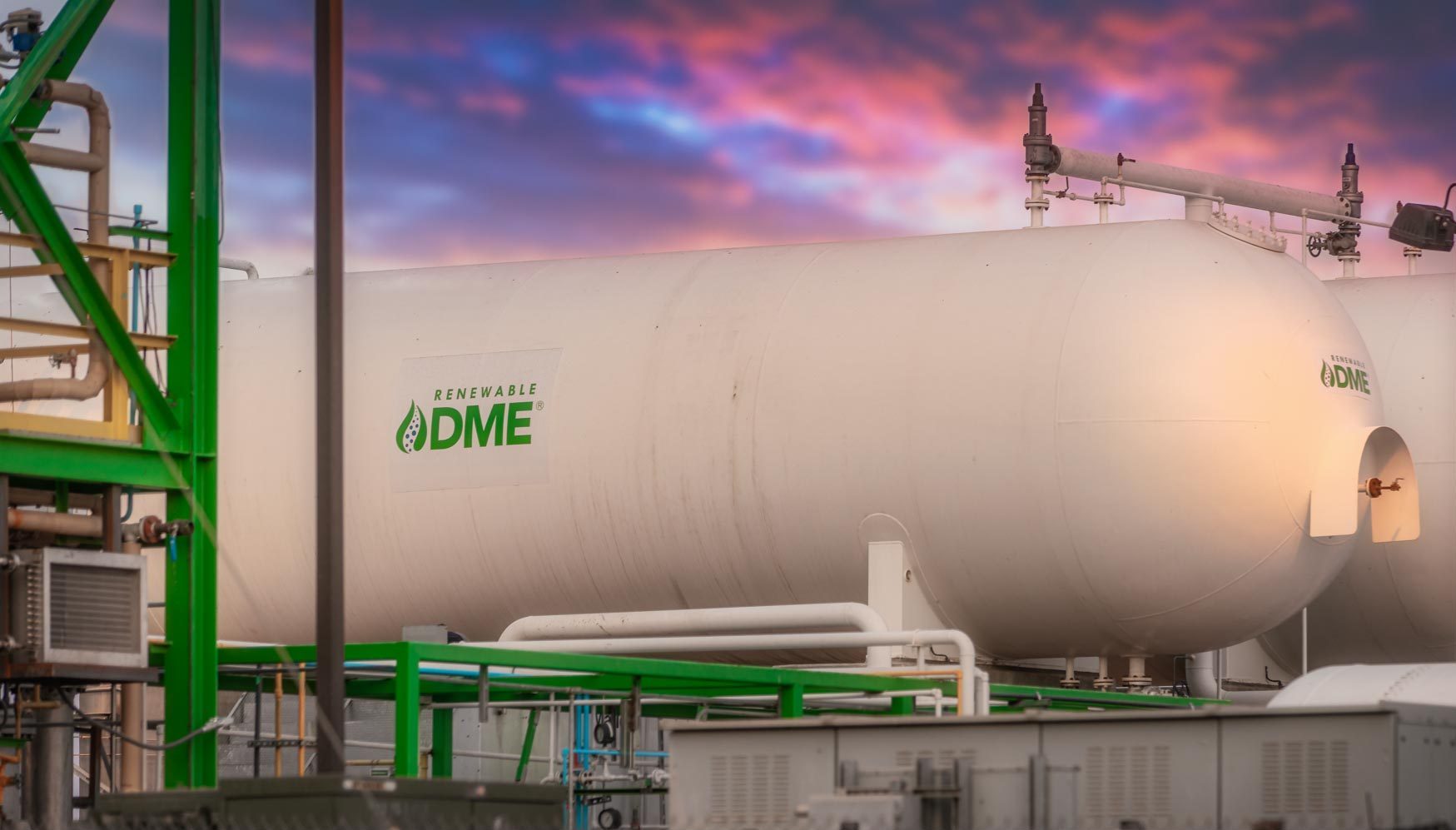 Three leaders in their respective industries have announced a collaboration to test a clean, innovative low-carbon fuel blend in residential and commercial applications in Latin America.

The collaboration includes Suburban Propane Partners, L.P. (NYSE: SPH) – the third largest retail propane distributor in the United States; Empresas Lipigas – a leading distributor of liquified petroleum gas (LPG, or propane) in Chile, Colombia and Peru; and Cleantech San Diego member Oberon Fuels – currently the only commercial producer of renewable Dimethyl Ether (rDME) globally. The parties aim to evaluate and validate the material compatibility, safety and performance attributes of a rDME+LPG blended product for use in residential and commercial heating and cooking applications in Latin America.

Dimethyl ether has been used for decades as an environmentally safe, non-toxic aerosol propellant. Renewable DME has similar properties to LPG making it an excellent blending agent with LPG. The rDME+LPG blend can be stored and transported using existing LPG infrastructure and can be used in many applications including transportation, cooking, heating, forklifts, and power generation. When made by the Oberon process, the California Air Resources Board has calculated that dairy biogas-based rDME has an estimated carbon intensity (CI) value of -278. Even in low volumes, rDME can dramatically reduce the CI of LPG blends.

“The evaluation of Oberon’s rDME for residential and commercial markets in Latin America is a major milestone for us on two fronts,” said Rebecca Boudreaux, Ph.D., President and Chief Executive Officer of Oberon Fuels. “It marks the shift in our US-based market development efforts to global deployment, and it is the first step in the use of rDME+LPG blends beyond transportation. We are thrilled to be working with Lipigas and Suburban Propane on this project.”

“At Lipigas we are preparing our way to become a carbon neutral company. That is why we are exploring more sustainable energy alternatives that contribute to Chile achieving energy independence. For this reason, we have sealed this alliance with Suburban and Oberon Fuels that will allow us to exchange knowledge and lay the foundations for the development in Chile and Latin America of rDME, a gas of renewable origin, carbon neutral, which is being used successfully in other parts of the world. The great advantage of rDME is that it is very similar to traditional liquefied petroleum gas, which allows mixing both gases using the same LPG cylinders and current infrastructure. In addition, rDME+LPG blends are compatible with the equipment that customers use today in their homes, businesses or industries, requiring little or no modifications,” said Ángel Mafucci, CEO of Empresas Lipigas S.A.

Lipigas will manage the testing plans and protocols including: rDME+LPG blend percentage, appliance specifications, testing timeframes, and applications in which the rDME+LPG blended product will be used. Suburban Propane, which early on saw the potential for rDME and is the first LPG company in the world to invest in rDME production, is facilitating project logistics and participating in data analysis.  Oberon Fuels will provide the rDME, produced from its flagship production facility in Brawley, California, and domain expertise to the project based on more than a decade of production, market and regulatory development activities.

“From the very beginning of our investment in Oberon Fuels, we believed in the potential for rDME+propane blended products to reduce the carbon intensity of propane beyond the transportation sector,” said Michael Stivala, President and Chief Executive Officer of Suburban Propane.  “We are extremely pleased to collaborate with Lipigas and Oberon to begin to test these applications. Lipigas’ market leadership in Chile, combined with our experience and reach across the US markets, will accelerate the adoption of rDME across the full spectrum of LPG uses.”

According to IHS Markit, demand for LPG in Latin America “is driven by residential and commercial customers, which consume about 80 percent of the region’s LPG.” Blending rDME into LPG offers an intriguing and potentially significant opportunity to reduce both carbon and criteria emissions associated with LPG use. Because rDME can be produced from local waste streams via proven, dedicated pathways, it offers a low-cost, complimentary route to decarbonization with LPG and renewable LPG.