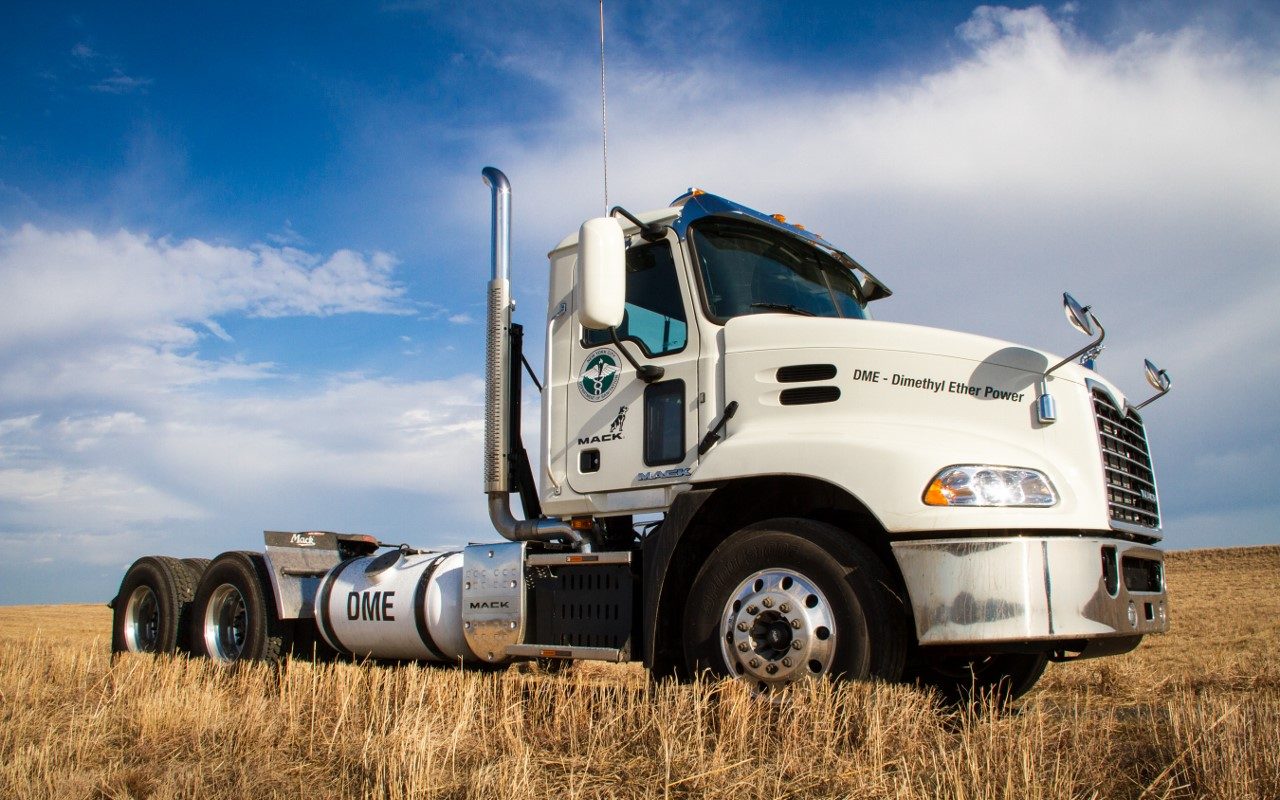 Cleantech San Diego member company Oberon Fuels, a producer of clean-burning dimethyl ether (DME) transportation fuel, has been awarded a grant for $2,876,139 from the California Energy Commission (CEC) for a first-of-its-kind, multi-phase project to produce the first renewable dimethyl ether (rDME), a clean-burning, ultra-low-carbon transportation fuel, in the U.S. The CEC formally approved the award at its monthly Business Meeting yesterday in Sacramento.

This project unlocks the near- and medium-term decarbonization benefits of rDME, an economical fuel and key step in the development of a California-based, renewable hydrogen (rH2) pathway to zero-emission mobility.

“With this grant,” said Rebecca Boudreaux, Ph.D., president of Oberon Fuels, “we plan to demonstrate rDME can reduce greenhouse gases and criteria pollutants, replace diesel fuel, maintain performance in existing engines and provide air quality and economic benefits to rural communities such as those located within Imperial Valley. We thank the California Energy Commission for its support and look forward to a successful project.”

Oberon will upgrade its existing DME pilot facility to demonstration scale and facilitate the first production of rDME in the U.S. By making automation, design, and other system changes, Oberon expects the production capacity to double compared to current stable production volumes, as well as to be able to use a new by-product from the paper industry to produce the fuel.

“This project will simultaneously address two pressing problems afflicting Imperial Valley by reducing climate change impacts and creating badly-needed jobs,” said Assemblymember Eduardo Garcia
(D-AD 56). “I am thrilled that Oberon Fuels will be demonstrating this new technology in the 56th District, and I look forward to their long-term success and towards making the region a centerpiece for clean fuels.”

In addition to scaling up the plant and testing new feedstocks, the project will also test modified diesel trucks fueled by rDME in the Imperial Valley and other Southern California locations. Oberon will work with commercial partners to assess the technical feasibility and economics of converting renewable methanol, a by-product of the pulping process, into rDME and developing an associated rDME fueling infrastructure.

This project is a key building block to statewide production of rDME from California’s methane, removing this potent greenhouse gas from waste streams and converting it to an ultra-low carbon or carbon-negative transportation fuel. Beyond this project, these technology enhancements will be leveraged into Oberon’s first commercial-scale facility converting dairy biogas to rDME. Oberon can then replicate its initial commercial production facility for statewide rollout of rDME production facilities. These commercial plants will convert in-state methane emissions from dairy manure, food waste, and agricultural waste to rDME.

While most of the focus on DME has been on its application as a diesel fuel replacement, it can also serve as both a cost-effective, easy-to-transport hydrogen carrier and as a blending agent with propane to reduce propane’s carbon intensity when DME is made from renewable feedstocks. Since rDME is an efficient hydrogen carrier, rDME can be transported to a hydrogen fueling station and then converted to renewable hydrogen to fuel zero-emission vehicles.

With only a 20 percent blend of dairy manure-based rDME, propane’s carbon intensity (CI) value is reduced from 82 to 10. With over 4,000 vehicles, including school buses, police cars, and shuttles, running on propane in California, rDME offers the potential to significantly reduce overall GHG emissions.

“Renewable DME provides an elegant solution to not only the state’s dairy methane challenges but also offers a pathway to zero-emissions for the state’s transportation sector,” said Elliot Hicks, COO and co-founder of Oberon Fuels.