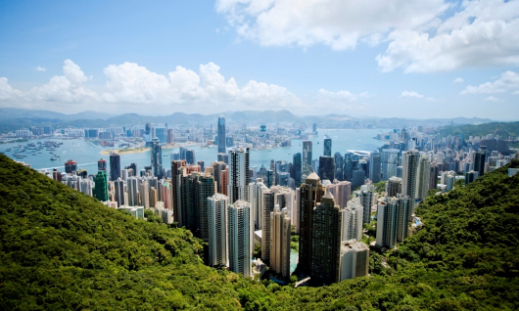 For more than 12 years, efforts have been underway to obtain approval for a trash-to-energy facility. Meanwhile landfills are reaching capacity, and disposal costs are increasing. Yet environmentalists continue to block the project out of fear of air quality impacts and a concern that trash-to-energy will discourage recycling. There is also a severe affordable housing crisis and young people are becoming vocal about their inability to ever own their own home. Yet neighborhoods organize against new housing development. Meanwhile, water shortages are looming because of long supply lines, competing uses, and impacts of climate change.

Sounds like San Diego, doesn’t it? But in fact these are very real and current problems in Hong Kong, a place I thought had centralized government decision making tha,t for good or bad, made and implemented decisions.

Today I had the opportunity to meet with the leadership of the Hong Kong Trade Development Council, the Director and the Senior Operating Officer of the Hong Kong Science and Technology Park, as well as owners of several Hong Kong-based technology companies. Our conversations centered on economic development opportunities around clean technology and sustainability efforts. While I left the meetings with many questions and much food for thought, many points are crystal clear.

Every region of the world has many people and organizations working on minimizing the escalating impacts of climate change. Motivations vary from social concerns, to benefiting from the economic opportunities, to absolute necessity. Every person I met in Hong Kong has regular and varied interactions with mainland China. They told me that Chinese leadership recognizes that pollution, which has escalated due to the country’s push for economic development, must be stopped or the country’s progress, and that of its people, will soon stop.

Solving the problem, which is a global one, is both the greatest challenge and the greatest opportunity for the foreseeable future. And many people are trying to be part of the solution. When I met with owners of six firms in the Science and Technology Park, I realized the meeting and people could have been in San Diego. Different companies are involved in increasing lighting efficiencies beyond LED, low-energy display panels (the owners will be attending a trade fair in San Diego in June and asked me for hotel recommendations), water purification and storm water management, and sensors for greater energy monitoring.

Companies with the same strategies are everywhere, which is a very good thing. Not only will the competition result in better solutions reaching the market faster, but it also represents a challenge being tackled by smart people everywhere. It is almost like the entire world is joining, whether consciously or not, in an effort to protect the quality of life on the planet.

So where does San Diego fit into all this? Hard to say, really. San Diego is incredibly respected, not only as a great place to live, but also as part of the California culture of leadership in solving big problems. Without question San Diego can continue to be a major contributor toward the evolution of human society to sustainable systems and values. But the pace of change and innovation is increasing and the completion growing. International collaborations will, I believe, become more and more important, and with modern communications, even faster and easier. For sure there are companies in Hong Kong that are anxious to partner with companies in San Diego. Now we need to identify the San Diego companies interested in reciprocating. CleanTECH San Diego is here to help make the connections.