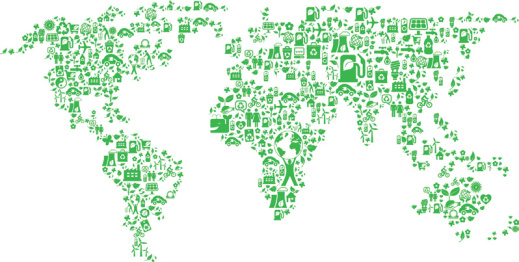 San Diego Innovators Can Be Leaders in Realizing Global Sustainability

In early April, CleanTECH San Diego was represented at the first Global Solutions Summit in Washington, D.C. The conference follows the Little Rock Accord, signed December 2012, between Club de Madrid, an organization of former heads of state, and the P80 Foundation, comprised of many of the world’s largest public pension funds. 150 people attended from 14 countries, eight embassies, four federal agencies, the World Bank, major universities, and 20 NGOs. What could motivate so many people to travel so far – several from halfway around the world – for yet another conference about sustainable business solutions? The answer: a big vision and an unwavering belief that through collective action that vision will be realized in the near future.

Participants shared recognition of the need to globalize sustainability, combined with dispassionate acknowledgment of the barriers to achieving such a result. When we consider these global conversations, especially in conjunction with recent reports from the United Nation’s challenging world leaders to act more collectively and aggressively on climate change solutions, what are some takeaways relevant to what we are all working on and thinking about in San Diego?

Firstly, none of this is easy. Traditional patterns of thinking and doing business stand in the way of accelerated commercialization and deployment of proven technologies. The consensus was that while governments are starting to “get it,” and philanthropic investors are becoming increasingly engaged, global corporations are not investing their large cash reserves to a meaningful degree. It’s widely understood that for scale to be realized, economic viability must be proven – a founding principle of CleanTECH San Diego. But proving also requires significant capital. This “chicken and egg” problem exists at all levels of sustainable technology deployment worldwide.

At the same time, there is a strong belief that new disruptive and transformative technologies will soon create enormous opportunities to improve human life and the world’s environment. Historically, when transformational change occurs, legacy companies locked in their old worldviews and operating models do not respond and often disappear. This history is a challenge to the leaders of these legacy companies, and, more importantly, a reason to expect new companies will emerge with currently unimagined disruptive innovations. This science-technology-business progression is a San Diego strong suit and a great opportunity for our region.

Many discussions involved sustainable energy, a sector that is relatively mature. Renewable technologies, such as solar, are being deployed at scale in our region by the likes of Sullivan Solar and Soitec, among others. San Diego is a major market for companies like Car2Go and NRG eVgo, securing our role as a national leader

While energy gets most of the attention, food and water security are recognized as the key to the quality of human life. There is serious concern that traditional ways of producing and delivering food, especially animal-based proteins, are simply unsustainable. So how does a growing world population with more disposable income get fed? Algae technology is promoted as a very real option, with food grown vertically using little potable water, or in brackish water on non-farmable land. As home to powerhouse algae companies like Sapphire Energy, Cellana, Synthetic Genomics, and many others, San Diego is a world leader in algae research and development.

Perhaps trumping it all for disruptive potential is the increasing ability to understand and manipulate the genome of all living things. In less than a decade, analyzing the human genome has gone from a million dollar undertaking to affordable. There is optimism that through genomics the world’s food resources will dramatically increase in a sustainable, close-to-market manner. Or even that the destruction of the world’s coral reefs could be reversed by new strains of algae designed to thrive in the oceans of the future. Thanks to the incredible work of our local universities, and the extraordinary vision and leadership of Dr. Craig Venter, San Diego is on the leading edge of this technology revolution.

It might be possible to become discouraged at a conference like the Global Solutions Summit. The majority of presentations were about false starts, barriers, and failures. But discussing what isn’tworking helps design what will work. The global sustainability problems we face canbe solved, just not necessarily in ways we can imagine today. There is no doubt that innovative and visionary San Diego institutions and companies, working collaboratively with counterparts around the world, will have an important role to play in that future.