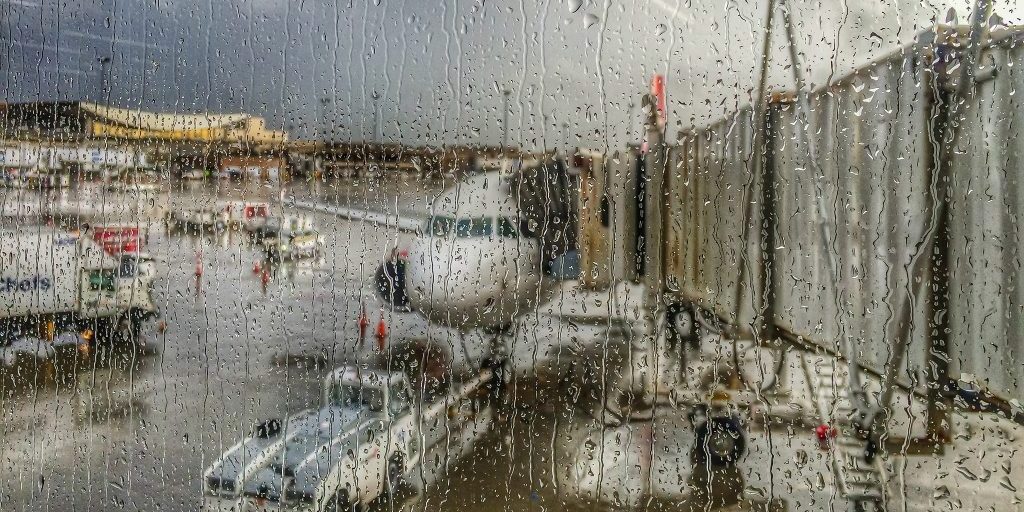 “We live in a region that depends on imported supplies for more than 80 percent of its drinking water,” said Kim Becker, SAN’s President/CEO. “Therefore, water stewardship is a key part of the airport’s sustainability efforts.”

The new Parking Plaza, slated to open next summer, will capture 100 percent of the rain that falls on the 7.6-acre structure, routing it into a below-ground storage system with a capacity of nearly 100,000 gallons. Instead of becoming storm water runoff, potentially impacting San Diego Bay, the collected rainwater will be used by the adjacent Central Utility Plant to help heat and cool the terminals.

The airport’s Air Conditioning Condensate Capture and Reuse program has been growing in scope since 2014. It started with an employee noticing a puddle under a passenger boarding bridge and realizing that a significant amount of water (condensate) was dripping from the air conditioning unit attached to the underside of the bridge.

Not only was this seen as a potential storm water compliance issue, it seemed that there could be a use for what turned out to be thousands of gallons of clean water that dripped from these units each year. In 2016, the airport collected an estimated 103,000 gallons of water from 14 passenger boarding bridges. The water was reused in various processes including power-washing sidewalks and the airfield, cleaning vehicles and equipment, scrubbing floors, and construction site dust control.