City officials this week released an updated Climate Action Plan for the City of San Diego in front of the solar panels atop the city’s Alvarado Water Treatment Plant. The Climate Action Plan calls for eliminating half of all greenhouse gas emissions in the City and aims for all electricity used in the City to be from renewable sources by 2035.

“By striking a balance between protecting our environment and growing our economy, San Diego can support clean technology, renewable energy and economic growth,” Mayor Kevin L. Faulconer said. “I’ve brought together environmental and business groups to update this plan and move San Diego forward. Let’s preserve our children’s future and hand down a San Diego that is cleaner than it was when we received it.”

The plan also clearly identifies steps the Mayor and City Council can take to achieve the 2035 targets. That list includes crafting an ordinance that requires developers to install conduit for solar and electric vehicle charging stations in new construction; creating a renewable energy program; developing a zero waste plan; and changing policy to have a majority of the City’s fleet be electric vehicles.

The Climate Action Plan helps achieve the greenhouse gas reduction targets set forth in the 2005 executive order issued by Gov. Arnold Schwarzenegger. The City’s first Climate Action Plan was approved in 2005 and a commitment to update the plan was included in the City’s 2008 General Plan update. This new plan is in draft form until it is reviewed by the public and approved by the City Council.

“Cleantech San Diego applauds the efforts of the Mayor and the City Council on the release of San Diego’s Climate Action Plan. Not only will the identified goals and actions preserve our environment and quality of life, but they also will help boost our economy. Whether it’s reducing a building’s energy consumption or integrating renewable energy resources, the solutions exist today and the companies that can provide these solutions are right here in San Diego.”

This update to the City of San Diego’s Climate Action Plan provides a roadmap to significantly reduce greenhouse gases by 2035 through specific actions by the Mayor and City Council. By striking a balance between protecting our environment and growing our economy, San Diego can be a leader in clean technology, renewable energy and green jobs. 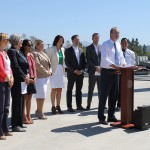 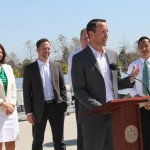 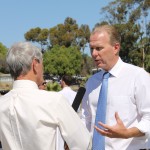 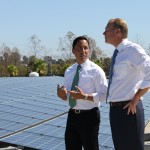 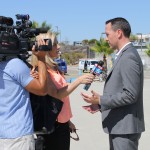