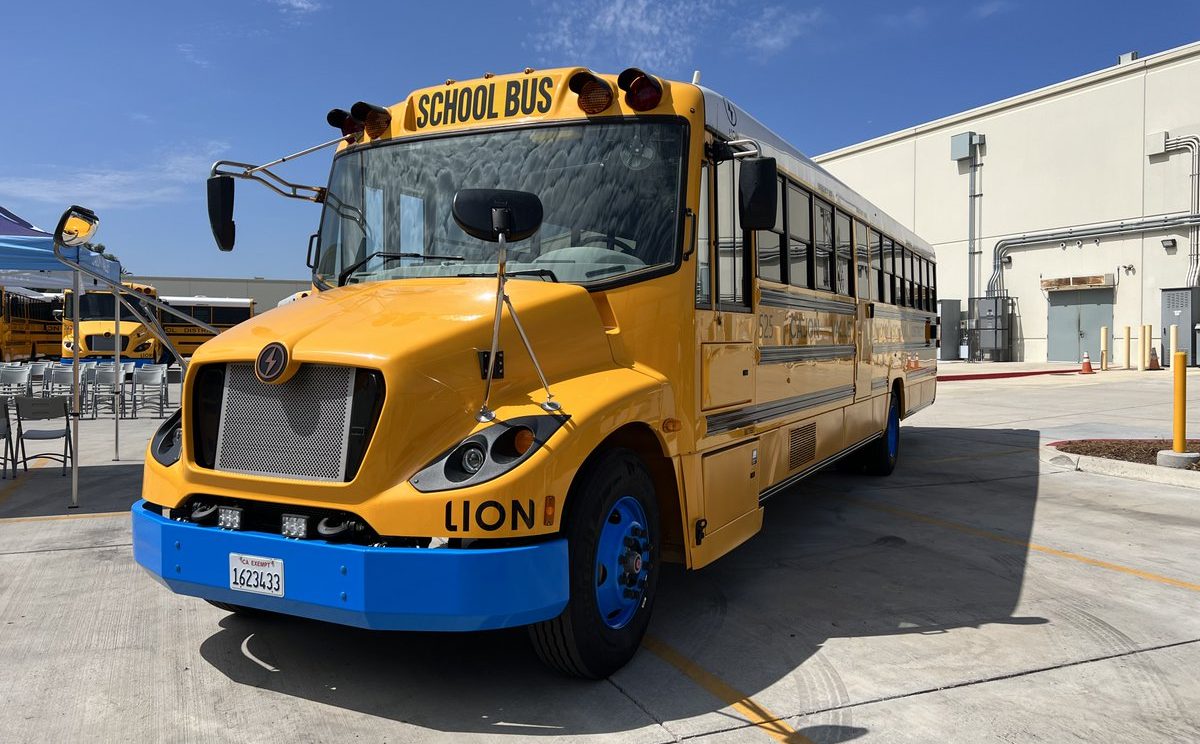 On July 26, 2022, San Diego Gas & Electric (SDG&E) announced that it had successfully deployed an innovative technology that enables eight electric school buses to put electricity back on the grid when needed such as on hot summer days. A collaborative effort between SDG&E, the Cajon Valley Union School District and locally based Cleantech San Diego company Nuvve, this is the first vehicle-to-grid (V2G) project to become operational in Southern California, helping to advance clean air and climate goals while also bolstering grid reliability.

This is also the first V2G project to come online in the nation, following the U.S. Department of Energy’s (DOE) vehicle-to-everything (V2X) initiative announcement in Los Angeles in April. SDG&E, which started on the project prior to the announcement, is a signatory to the department’s V2X memorandum of understanding (MOU). The agreement is designed to bring together resources from DOE National Labs, state and local governments, utilities, and private entities to unlock the potential of bi-directional charging to increase energy security, community resilience, and economic growth while supporting the nation’s electric system.

“This pilot project is a great example of our region being at the forefront of testing and adopting innovative technologies to reduce greenhouse gas emissions and strengthen the electric grid,” SDG&E Vice President of Energy Innovation Miguel Romero said. “Electric fleets represent a vast untapped energy storage resource and hold immense potential to benefit our customers and community not just environmentally, but also financially and economically.”

On average, cars are parked 95% of the time. California is home to 1.1 million EVs, the largest concentration of EVs in the nation. Starting in 2035, all new cars and passenger trucks sold in California are required to be zero-emissions. Many local agencies and local companies are working to transition to electric fleets under SDG&E’s Power Your Drive for Fleets program, which provides infrastructure support. In addition to Cajon Valley, SDG&E is also working with San Diego Unified and Ramona Unified School Districts on V2G projects.

“Pilots like these are critical to advancing industry knowledge and commercialization of new technologies that help create jobs and build a clean energy future,” said Office of Technology Transitions Commercialization Executive Rima Oueid. “I am thrilled to see this project go live less than three months after the DOE launched our V2X initiative, validating the value of public-private partnership.”

With the bi-directional chargers now in operation, Cajon Valley can participate in SDG&E’s new Emergency Load Reduction Program (ELRP), which pays business customers $2/kWh if they are able to export energy to the grid or reduce energy use during grid emergencies.

“We jumped at the opportunity to be part of this pilot project because of its potential to help us build a healthier community and better serve our students,” said Assistant Superintendent Scott Buxbaum. “If we are able to reduce our energy and vehicle maintenance costs as a result of this project, it frees up more resources for our schools and students.”

V2G technology works by allowing batteries onboard vehicles to charge up during the day when energy, particularly renewable energy such as solar is abundant. The batteries then discharge clean electricity back to the grid during peak hours or other periods of high demand.

“School buses are an excellent use case for V2G,” said Nuvve Co-Founder, Chair and CEO Gregory Poilasne. “They hold larger batteries than standard vehicles and can spend peak solar hours parked and plugged into bi-directional chargers. Nuvve’s technology enables the grid to draw energy from a bus when it is needed most, yet still ensuring the bus has enough stored power to operate when needed.”

This V2G project is part of SDG&E’s extensive portfolio of clean transportation and fleet electrification initiatives. To learn more about SDG&E’s Power Your Drive for Fleet programs, please visit sdge.com/fleet.