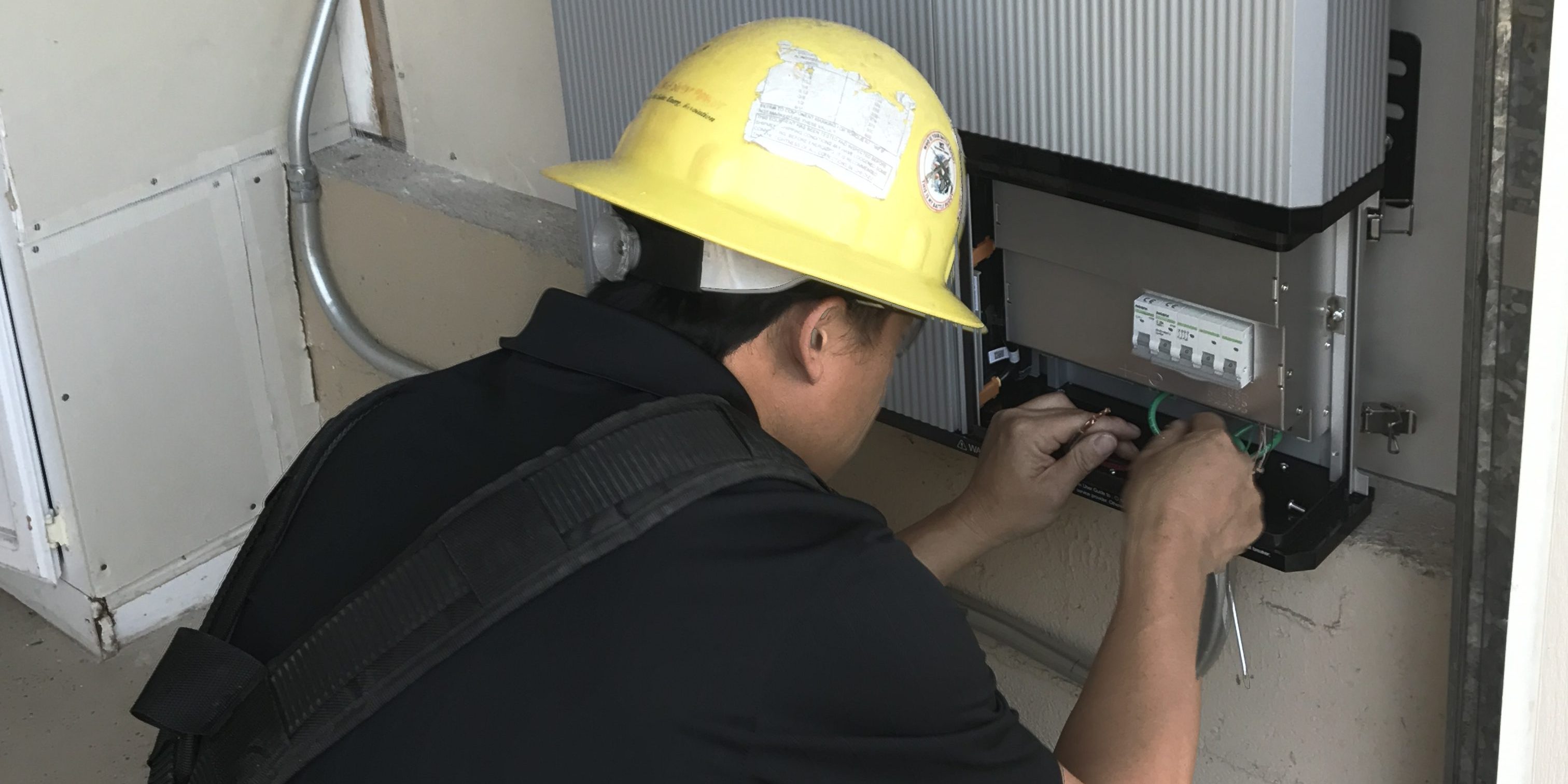 On August 1, the first LG Chem residential energy storage unit in the continental United States went live. It was installed by Cleantech San Diego member company Sullivan Solar Power at the Keefe residence in Carlsbad. This milestone is a big step toward grid independence for Americans.

“This is solar power of the future, today,” said Daniel Sullivan, founder and president of Sullivan Solar Power, “We’re trying to move away from fossil fuels, and we now have the technology to make homes invisible to the grid, power your car and business and it’s less expensive than sticking with the dirty utility company.”

The LG Chem battery installed at the Keefe residence is a 10kWh, lithium-ion battery, and is the same battery used in over 700,000 electric vehicles on the roads today.

“The battery installed at my house is the same battery in electric vehicles and similar to the batteries the military relies on to move our troops in dangerous parts of the world,” said Bob Keefe, the executive director of a national organization, which advocates for smart policies that are good for the economy and the environment, “If these batteries are reliable enough to power cars at 70 mph on dark road at night and reliable enough for military, it’s good enough to sit in my garage, capturing and storing the energy created from my solar.”

The actual installation of the Keefe’s battery took a couple of hours and was concurrent with their solar power installation. Sullivan Solar Power’s superintendent, Peter Chiang, completed the installation. Chiang scored a 100 percent on the LG Chem written certification test.

Keefe is an applicant for California’s Self-Generation Incentive Program (SGIP), which provides preferential rebates for batteries that are paired with solar power systems. SGIP launched May 1 and is a multi-step program where incentives reduce over time. The San Diego Gas & Electric rebate is being administered by Center for Sustainable Energy, and is entering step three of the program. The typical amount given to homeowners in step three of the program is slated to be $3,160. Southern California Edison territory is in step two of the program, where the typical homeowner receives a $3,630 rebate for their battery with solar.

The LG Chem battery and the Panasonic Powerwall remain the two most popular batteries in the state of California. Panasonic batteries are incorporated into the Tesla Powerwall. The top statewide developer for the Tesla Powerwall is SolarCity. The top statewide developer for LG Chem is Sullivan Solar Power, securing just under $600,000 in rebates for their customers.

To help educate local residents about the rebate, solar and battery integration, financing options, and more, Sullivan Solar Power teamed up with local nonprofits Center for Sustainable Energy and Climate Action Campaign. They have been putting on educational solar experiences throughout Southern California since February. Many of these events include electric vehicle test drives and solar manufacturer exhibits after the educational seminars. Upcoming events can be found at www.sdsolarexperience.org.